skip to main | skip to sidebar
The stories I get the most satisfaction from are usually about the neglected margins of India, where struggle is enmeshed with life. The ones I will upload have been written for The Sunday Guardian and (the now defunct) Covert Magazine. I'll be putting up any articles here at least until The Sunday Guardian website is up in a couple of months. Thank you for reading.

Electioneering in the slums of Delhi 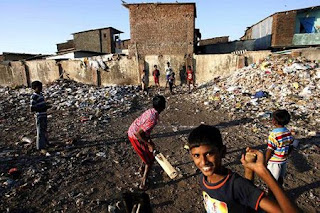 In the far corner of Sunder Nagari, in front of a derelict communal toilet, a cricket match is on. Four boys, all between eight and twelve years old, wait with their hands on their knees, as another comes off a short run up and bowls a red rubber ball with some pace. The batsman swings the plank in his hand with a flourish and hits the ball straight past the bowler, watching it travel twenty feet before it lands in the man-made gutter that runs along this makeshift maidan, a gutter filled with water so fetid it looks like unrefined oil. As the batsman runs up and down the pitch one of the boys plunges his arm halfway into the gutter and, after a while, pulls out the ball. He bounces it off the ground a couple of times and tosses it to the bowler, wiping his arm on his shirtfront. The bowler rubs his fingers on his tongue then shines the rubber ball, mimicking cricketers on television. Living in Sunder Nagari, it is perhaps pointless to be finicky about hygiene.

Technically, Sunder Nagari is not a slum. It is what is known in government parlance as a resettlement colony, one of many across New Delhi that families that lived in slums were moved to in the 1970s, as the beautification of the middle-class city began. Situated in the far north-east of the city, next to the Shahdara area, no one is quite clear how many live here now, though some believe the figure fluctuates around one lakh people. All over the country you will see similar scenes – this is where the masses of urban India live, in resettlement colonies, unauthorised colonies and slums. By some estimates, over 70% of the population of Delhi live in areas like this or are homeless: 10 million people.

“10 million people means at least 4 million voters,” says Dunu Roy of the Hazards Centre. And come election time, the smart politician knows that it is not the well-fed middle class businessman who goes out to vote, it is the poorest in society, those who rely on the electoral process as their only method of influencing the conditions in which they live and work. Politicians use a number of well-established tactics to court these areas when it is time to stand for election. One favourite method is plying these already depressed spaces with cheap alcohol. Lakhan, a cycle-rickshaw driver, explains: “A few weeks before the election, trucks sent by rival politicians will start coming into the area every night. Their workers will start distributing pouches and bottles of alcohol like its prasaad. Every politician who stands for election here does it.”

Roy believes tactics like this speak more of the mindset of politicians than the residents of slums. “Politicians believe they can manipulate these people, but I have never seen slum-dwellers vote based on things like that. They might take the alcohol – though more and more I see that many women don’t let their husbands go near those trucks – but their votes go to the leaders who promise them real help. The problem is that since V.P. Singh there has not been a leader who has caught the imagination of the poor.”

There are a number of myths that prevail in middle-class minds about slum dwellers. While researching this story this correspondent is told by well-meaning citizens that slum-dwellers are given cash for votes, are not charged for the electricity they use because of the votes they hold (in fact a report prepared by the Delhi Vidyut Board showed there was less pilferage in slums than in middle-class households), are pressured into voting in blocs by slumlords or are easily manipulated by devious politicians. The reality is very different. Residents of slums are usually aware of the political power of the vote, and almost everyone Covert spoke with insisted that no politicians tried to buy their votes. Rajmati, a strident, middle-aged garments worker, explains “They give out money only when it comes to attending their rallies. They pay Rs 100 to adults and Rs 50 to children to come and cheer for them, but when it comes to voting-time they don’t try anything. Our vote is our right. We don’t know or care about leaders at the state or national level. We need someone who can take care of us at our level, who is concerned for our needs.”

The demands of the residents of Sunder Nagari are not elaborate. Clean water, basic standards of sanitation and health facilities. Leela Devi, a 60-year old embroidery worker, explains: “We just want what was promised to us by the Government. There is one bathroom for all the women in our block, but it is in terrible shape. Human waste reaches up to our knees there. It is totally unusable, so we all have to use a pit nearby, but then men come and trouble the young women. Last Sunday, they found a dead body in there. We have taken the matter to our councillor Santosh Kumar, the MLA Vir Singh Dighaan and even our MP, Sandeep Dikshit. They all say there is nothing they can do, but there has to be something, because we can’t keep living like this.”

Daniel Swamy, a resident of the newly-world famous slum of Dharavi in Mumbai, believes that the social structure of the slum prevents politicians from obtaining votes through the threat of violence. Swamy explains, “Mumbai is not Bihar. In our slums you cannot get votes at gunpoint. And it’s not even guaranteed that the candidate who spends the most money will be the winner. Slum dwellers have become increasingly aware of the importance of their vote and can bargain accordingly.”

Dunu Roy explains that the relationship between politician and the residents of the government-created resettlement colonies has become something of a patron-client relationship, based on the ability of the politician to provide a service like electricity or clean water. Slums are different because they grow organically, without outside (government) interference, and are usually based around ties of ethnic or geographical kinship. He elaborates, “Here the pradhan (slumlord) can control votes to some extent because of community-based voting. But even then, I believe the level of control is overstated by our media. I see the affluent middle-class as a much bigger vote bank. Amongst the poor, the vote is a genuine instrument of political assertion. And its not like they are naive – they vote, but they vote with cynicism, knowing that the promises made are empty, that the person they are voting for will not or cannot help.”

Bhupendra Singh, who lives in Hanuman Nagar, a slum near the Chhatrapati Shivaji Airport in Mumbai, tells Covert that the number of North Indians living in this area tend to vote on the basis of community affiliations. “Voters in slums generally get promised a lot every election, and often they are also paid in cash by candidates, but unfortunately they get little in return. Politicians come here to capture the votes from slums but then fail to show their face for five years.” Singh insists that most slum-dwellers vote for the Congress, while right-wing parties like the BJP and Shiv Sena get most of their votes from housing societies.

But community-based political affiliations can often be a recipe for violence. Kamal Siddiqui, a 65 year old from the largely-Muslim slum of Malvani in Mumbai, says, “Even if it’s a worse candidate, those who have been voting for the Congress will continue to do so. We see which candidate belongs to which group and the voting takes place accordingly.” Political parties seem very attentive to which buttons they need to press to excite passions. Siddiqui continues, “All the political parties are the same. They know that in a place like this the caste-factor won’t work, so they resort to dividing people along religious lines. In the slums they sometimes try to make the Hindu-Muslim wedge an issue between people who live together throughout the year.”

Politics in the slum seems to be heading down a difficult path. The broad mass of the urban population of India lives in slums and unauthorised colonies, yet their desires and requests are constantly marginalised. The demands of the middle-class are repeatedly privileged as the demands of the Indian population as a whole. One example is the arrival of the Commonwealth Games in the city, often trumpeted by both Government and the affluent as an indicator of New Delhi’s newfound prosperity and progress. The work surrounding the Games has destroyed the livelihoods of a great number of people. Rajmati explains, “5 weeks ago they stopped all the street markets for these Games. This was our family business – we have been doing this in Delhi for 50 years. Now we are denied even this. This election we will fight against this, but what are the alternatives? When the lotus [BJP] was in power onion prices went up.”

Most slum-dwellers want: legal title to shelter; legal provision for livelihoods; and basic services, which they are happy to pay for as long as it is provided regularly and legally. What they get are politicians who provide them with cheap alcohol when the election nears and little else. A number of people in Sunder Nagari made regular trips to the councillor Santosh Kumar and the MLA Vir Dighaan’s office for help on a number of issues. Sometimes their demands are satisfied, but on most occasions they are told they cannot be helped. Dunu Roy has hope for the future, however. “Right now the media does not understanding this kind of political action – they go to slum-dwellers’ morchas but don’t take photographs because there are no political leaders. They can’t see that there is an incipient emergence of the politics of the slum. You might not see politicians come from this background, but you will see these people assert themselves politically. In spite of the schisms and betrayals, these people are beginning to find a voice.”
Posted by Prayaag Akbar at 5:54 AM 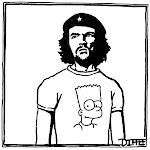